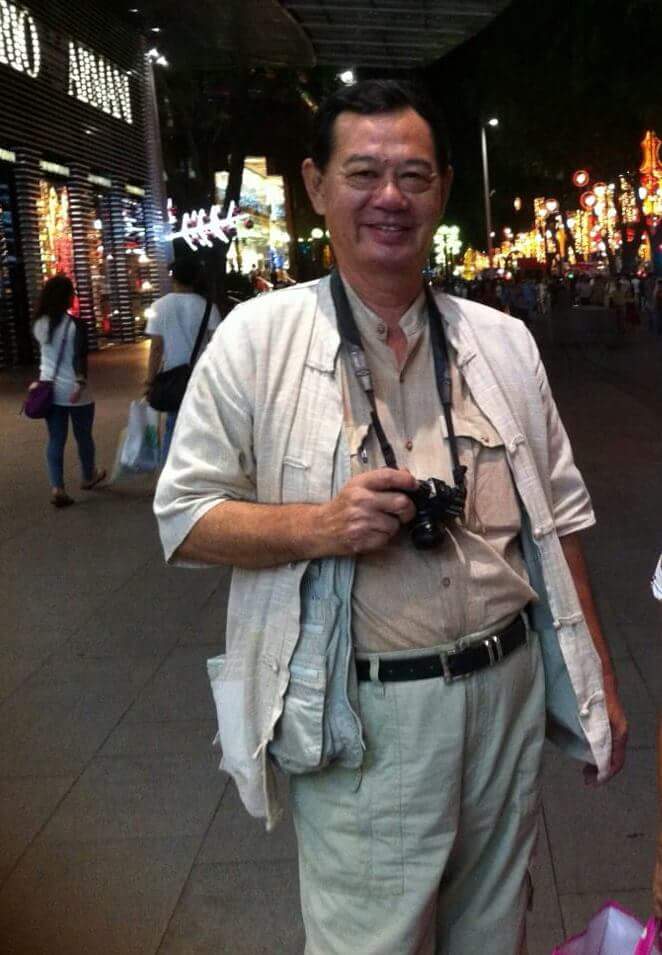 The Burmese version of this biography

In the past decades, Myanmar has seen many rebellions against the government. The U Thant Crisis of 1974 showed people’s disagreement with the handling of the former UN General Secretary’s  funeral by Ne Win’s socialist administration. The protestors of the 8888 Uprising demanded democracy and freedom.

Htein Win is a photographer and was one of the few who had the opportunity and the courage to take photos of these events. Thanks to him there now is evidence of the events, which helps to understand what was happening and why it was and is important.

The mission Htein Win follows with his photography is to capture the truth of the present. With his photos, he wants to show reality and truth and to convey that to people.

In 1946 Htein Win was born in Bassein (today Pathein) in the Irrawaddy Region. At the age of 11 he was sent for four years to St. Joseph’s College, a boarding school in North Point, Darjeeling (India), in order to learn English. After finishing his basic education, he wanted to study English at the Rangoon Arts and Sciences University. However, as this degree was not offered at that time he started studies at the Institute of Medicine 1  in Rangoon. While not being very passionate about medicine, he became seriously interested in photography there. Borrowing cameras from the medical labs, where photos were taken for teaching purposes, he started to take photos of people and their lives, university events, etc.

In 1974, he photographed the student demonstrations triggered by the death of U Thant. It was aimed at the Burmese military government’s refusal to give U Thant, the third Secretary-General of the United Nations, a state funeral. Because of political censorship, Htein Win could only publish his photos 40 years later in a book.

After the U Thant Crisis Htein Win founded the “Htein Win Sarpay Publishing House”, publishing first comics and later also literary works. Through his work as a publisher he got in touch with numerous writers and artists – many of whom can now be found in his portrait series.

During the 8888 Uprising of 1988, Htein Win took photos of the demonstrations and most significant events, of key players and the everyday activities of those involved, immersing himself in the life of students and factory workers (who comprised a large proportion of the participants). Despite trying to save his photos by keeping them at friends’ houses and sending them abroad, about half were lost or destroyed because of unexpected checks by the security forces. Htein Win was detained for four weeks in 1988 and again for 11 days in 1989.

Since then Htein Win has completed many assignments and photo essays, often for international organisations and agencies (including UNICEF, WHO, World Vision). These works often cover topics of social relevance in Myanmar and elsewhere. His photo exhibitions: “The Grand Families”, “HIV in Myanmar” and “Reproductive Health in Myanmar” deal with the issue of AIDS in Myanmar. His exhibition “Victims of War: Children away from home and parents” shows the life of internally displaced children in camps in the Kachin State near the Chinese border.

In 2007 Htein Win documented the Saffron Revolution and his photos were published on the internet and in newspapers anonymously, to protect him in the tense political situation.

In the aftermath of cyclone Nargis in 2008, he documented the work of the International Federation of Red Cross Societies and the Myanmar Red Cross.

In 2011 Htein Win participated in the high-profile exhibition “ASEAN and Korean contemporary Arts in Seoul in 2011”.

Currently Htein Win is living in Yangon and working on a book about the 8888 Uprising.

Htein Win first encountered photography through his father, who showed him how to use a camera and gave Htein Win a small camera to take with him to boarding school in India. He describes photography as being his “first love”. His fascination for photography comes from its ability to capture a moment for the future. For him the camera serves as a tool for freezing a moment in time. He sees it as a way to present things as they are – to capture the truth objectively .

Htein Win wants to use this tool to show the truth and reality. As he realized during the 8888 Uprising: “I have to have records. This will become history.” As a photographer, he wants to capture the things that were and are happening in order to keep them for the future. Later they could become useful to touc  and to teach people. Presently people who were not present at historic events such as the 8888 Uprising or the U Thant Crisis can look at his photos and feel connected to history, better understanding what was happening at that time. The importance of those demonstrations and the way they still affect Myanmar can be perhaps best conveyed through photos. Pictures show and influence the viewer directly and events can be more easily grasped than through words. According to Htein Win, photos also serve as evidence — evidence that proves events occurred and shows how they unfolded. He says that photos are “stronger” than words. All this made Htein Win go on to the streets and photograph the demonstrations. He says that he was led by an “instinct” to do so.

In order to achieve this aim of capturing and storing historical moments for the future, Htein Win was also willing to take risks. He states: “I knew  that I would get in trouble but I took the trouble.” And trouble came. After taking photos at the 8888 Uprising Htein Win was detained and interrogated by Military Intelligence. After some „wire shots“ as he called the electric shocks applied to him, as a means of torture and pressure, Htein Win confessed to having the photos and had to hand them over. A friend of his who stored negatives burned them out of fear of being controlled by Military Intelligence. Luckily, some photos had been sent to an international archive in Amsterdam with the help of a friend working in an embassy in Rangoon. Thereby approximately half of Htein Win’s photos could be saved.

Htein Win chooses his subjects carefully. They must have some value. For him, valuable and worthy is what cannot be seen and experienced again – the unrepeatable moment.  A photo can be like a window to the past: one can look at the photo and see, experience, and understand.

The photos of the 8888 Uprising, the U Thant Crisis or the Saffron Revolution have this kind of importance. Sometimes photos also enable the viewer to see, experience and understand present events that are commonly out of one’s reach. Photo reportages about HIV in Myanmar, the devastating effects of cyclone Nargis and the refugee camps in Myanmar could be examples of this. A third subject that Htein Win finds worthy of being photographed are humans. With portraits and documentaries about the lives of people, Htein Win puts a focus on humans who are – by their being and their actions – creating the world that he wants to capture with his photos.

But the mere act of taking photos does not fulfil Htein Win’s goal to affect and convey messages to people. He wants to show them „truth“ and „reality“ through his images and thereby broaden the viewer’s perspective. His aim is to make important events accessible through photos, reaching people with them. Thus Htein Win has organised several exhibitions of his photos. In 2014 he published a photo book about the U Thant Crisis, including essays from people who had participated.

When being asked about politics, Htein Win replies that he is personally not interested in politics. Yet most of his photos are related to politics. Still, he sees himself as a photographer, and his main interest lies in the photos and in capturing moments.

Htein Win’s photos serve as evidence for some of Myanmar’s most important historical turning points and steps towards democracy in recent history. In his photos, the longing for freedom and democracy, and also the will with which the protesters fought for these values, can be seen and better understood. According to Htein Win, photos can touch and affect people more than words; being touched and moved is surely necessary to create a bond to history.

Thus his photos can help people (especially younger generations) understand the relevance these events had and have for Myanmar, its people and its development to the present day. It surely is  important for society in Myanmar to deal with the past decades; they are connected to and affecting Myanmar’s political situation and conflicts today. It seems that dealing with current challenges and making progress can perhaps only be achieved if the past and the larger picture of Myanmar are taken into consideration.

Despite not considering himself as a political person, the topics his photos deal with are highly political. His photos concern Myanmar’s people, challenges, progress and, of course, history and politics. However, his aim is not to convey political attitudes but to convey truth and to inform. Whether or not there is a truth, especially concerning historiography, and in how far it is possible to convey an objective truth through photos can be questioned, of course. By deciding to take photos of certain political events, he judges them to be important and relevant. One could say that by presenting photos that depict certain political attitudes, he directs the viewers’ opinion and thus actually is being political.

Either way, Htein Win’s photos are a record of important events in Myanmar’s recent history and provide a perspective on them which helps come closer to the truth. By making his photos accessible to the public, Htein Win has a crucial role in conveying knowledge of historical and current challenges and thereby reinforcing a knowledgeable and responsible society in Myanmar.

This biography is based on an interview with Htein Win in January 2019 and on material that he provided.

For further information influding some of his pictures on Htein Win including some photos see https://kite-tales.org/en/article/life-behind-lens and https://www.irrawaddy.com/news/burma/historic-88-uprising-photos-on-display-30-years-later.html